How To Identify Insects in Your Lawn 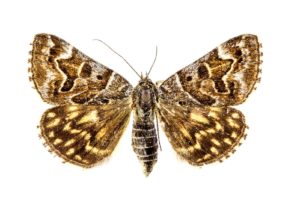 With over a million insects on the earth it can be difficult to name the insect you are observing at the time. Insecta, which is a class of the phylum Arthropoda, is the most diverse group of organisms. The class Insecta encompasses all of the insects on earth and is often divided into twenty nine orders. These twenty nine orders use physical characteristics of the insects to group similar insect families together. This will be the easiest way to distinguish all the differences between the insects you are observing.

What am I looking for?

Does this bug have three body parts, three pairs of legs, and one to two pairs of wings? If so, you probably are looking at an insect and must continue to analyze the distinguishing features of the insect you are trying to identify. The three body parts of the insect start with the head, which leads to the thorax and finally ending with the abdomen. These small insects can take patient observation when it comes to correctly identifying the insect.

What kind of characteristics am I looking for?

Let’s analyze the three body parts a bit closer and distinguish what to look for when identifying the insect. The head will be the first part which contains the eyes, mouth parts, and a pair of antenna. Antennas are used to perceive sounds, vibrations, and other environmental factors. The antenna comes in different shapes such as a leaf or feathery shape like you would find on a moth, or even a fan shaped antenna like on a cedar beetle. The butterfly would be a good example of a club shaped antenna. The mouth parts change pending how and what the insect feeds on. These details can also help you to identify the bug in question. A fly has sponge like mouth parts to feed on sugary and sweet fluids, while a butterfly uses an elongated appendage called a proboscis to feed on the nectar of flowers. Other insects have sucking mouthparts that can pierce the plant and suck out the plant’s fluids like an aphid. Some insects have chewing mouth parts to feed on other insects such as the praying mantis.

The wings found on the insect can also be an important when identifying an insect. Some insect wings have overlapping scales with different vibrant colors such as the butterfly. While others may have transparent wings like what you would find on a dragonfly. You can also find a hard forewing like that of a lady bug. You can also observe how the insect holds its wings when at rest. Some insects hold their wings flat against their body like the praying mantis while others hold their wings vertically above their body like a butterfly or a damselfly. The last section of the body is known as the abdomen which contains vital organs such as its digestive organs to absorb its food’s nutrients and separate its waste matter. Reproductive organs can also be found in the abdomen where certain insects can secrete pheromones to attract a mate and reproduce. The number of segments found on the abdomen vary from six to eleven pending the insect. A springtail only has six segments while a silverfish has eleven. The size and shape of the abdomen can also be a helpful clue to look for. Some insects may have a short abdomen that is covered by its wings like the lady bug while others have an elongated abdomen with a forked tail like an earwig has.

With so many characteristics to distinguish between the three body parts, careful observation is key when identifying a particular insect. There are many other factors to take into consideration as well like the colors you may find on a butterfly’s wings or the time of day you first observed the insect. Where you are can also be helpful when knowing what insects are found in the area you are in. Careful and patient observation will help you succeed in identifying the insect in question.

Some insects can serious damage to your lawn. Protect your turf before it is too late and start applying treatments like grub control now. Grub control is included in our lawn care programs. Call our office today for more information.

When is the best time to apply grub control in Charlottesville?